Thanks to the donation of Nirint Shipping B.V. we could buy and ship brand new study violins for the children of Centro Sinfónico Infantil in Havana! We’re very happy the violins have arrived! 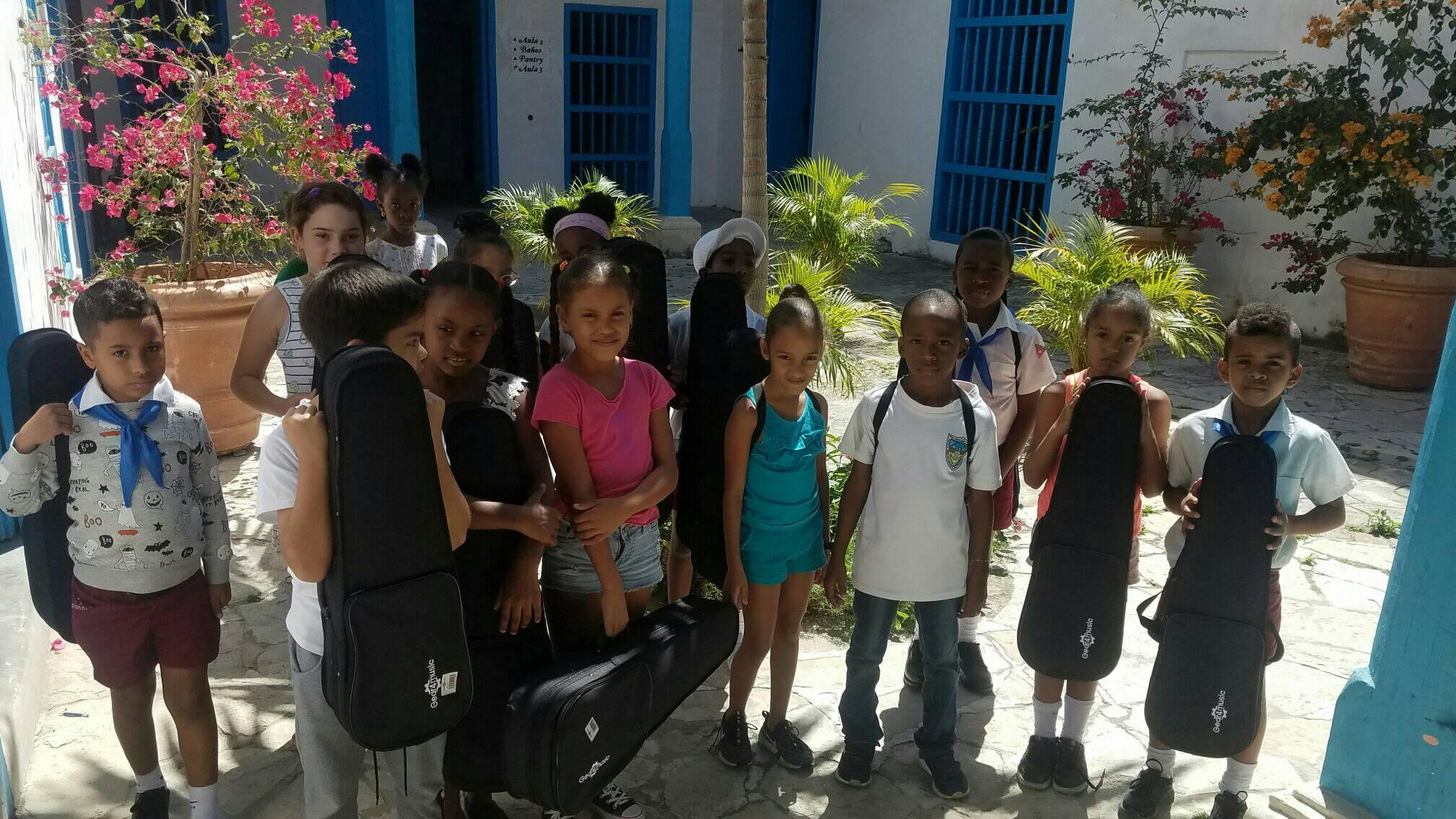 Children of the Centro Sinfónico Infantil with the study violins

“Centro Sinfónico Infantil, inaugurated in April 2019, is the first music school to be founded in the historic centre of Havana. It distinguishes itself from other Cuban music schools, as its main objective is not educating professional musicians, but stimulating the practice and enjoyment of music in the community.

This project is specifically directed towards the children of the neighbourhood Habana Vieja, which has particular characteristics and challenges, mainly due to its dense population and contrasting realities. It aims at providing opportunities for the children to enjoy a general music education and to develop a taste for universal music, particularly for classical Cuban and European music. From the age of 8 years, the children learn to play a string instrument, integrate the school orchestra and receive choir, solfège and biomusica classes – all of this completely tuition free. At the same time, they develop emotionally, socially and cognitively, while also having a positive influence on their environment”. (website CSI). CSI is sponsored by the Oficina del Historiador de la Ciudad de la Habana and the Lyceum Mozartiano de La Habana and has the support of: Koninklijk Conservatorium Den Haag (The Netherlands), Sociedad Civil Patrimonio, Medio Ambiente y Cultura (Cuba), Société Gavigniès (The Netherlands), Universität Mozarteum Salzburg (Austria) and Balthasar Neumann Chor & Ensemble (Germany).